oadcasting career of more than 30 years  has included stints at various radio stations in Oklahoma, Pennsylvania, and Tennessee.  Bill is an award-winning writer and producer of hundreds (probably thousands) of radio commercials and jingles while working for many of the major players including Clear Channel Communications and Citadel Broadcasting.  As the creative director of an advertising agency, he was responsible for all aspects of television production, including script-writing, directing location shoots, and supervising the editing process.  Radio has always been his first love – the only thing he’s wanted to do since he was 7 or 8 years old – so that’s where he returned as a sales executive and an on-air personality. He has always maintained that he has more long-term goals than many half his age, and has always been on the lookout for the next fun thing; he believes he’s found it with New Country Brew.  Teaming up with his buddy, Kenny Morris, was an easy decision to make.  Kenny’s interviewing skills, marketing abilities and determination to get the job done are key to the success of the show.  You might subtitle the show, “Two old guys who love new music.”   We hope you enjoy New Country Brew.

Absent musical talents of his own,

Kenny always wanted to be on the air entertaining listeners, so he began dabbling in the DJ world at the early age of 16.  He was told he talked too fast for radio – but that was before the era of Wolfman Jack, Cousin Brucie, and many others to follow.

In addition to being a 20+ year supporter of St. Jude Children’s Research Hospital, Kenny has worked many odd jobs that included ABC Records in Atlanta in the 1970’s, and owning record shops, video stores, and collector cards shops.  But he kept coming back to radio.  He has worked for various radio stations and was involved in other activities in the radio industry that led him to his interest in “new” artists, and finally to New Country Brew!

Enter Monthly Drawing for a Pair of Boots – Click on the Contact tab to send us an email. Just put “Free Boots” in the Comment box. 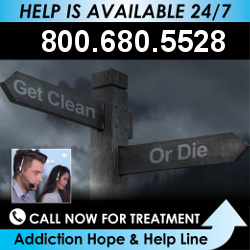